Colt’s Manufacturing Company, LLC is an American firearms manufacturer, founded in 1855 by Samuel Colt and is now a subsidiary of Czech holding company Česká zbrojovka Group. It is the successor corporation to Colt’s earlier firearms-making efforts, which started in 1836. Colt is known for the engineering, production, and marketing of firearms, most especially between the 1850s and World War I, when it was a dominating force in its industry and a seminal influence on manufacturing technology. Colt’s earliest designs played a major role in the popularization of the revolver and the shift away from earlier single-shot pistols. Although Samuel Colt did not invent the revolver concept, his designs resulted in the first very successful ones.

The most famous Colt products include the Colt Walker, made in 1847 in the facilities of Eli Whitney Jr., the Colt Single Action Army or Peacemaker, the Colt Python, and the Colt M1911 pistol, which is currently the longest-standing military and law enforcement service handgun in the world and is still used today. Though they did not develop it, for a long time Colt was also primarily responsible for all AR-15 and M16 rifle production, as well as many derivatives of those firearms. The most successful and famous of these are numerous M16 carbines, including the Colt Commando family, and the M4 carbine.

In 2002, Colt Defense was split off from Colt’s Manufacturing Company. Colt’s Manufacturing Company served the civilian market, while Colt Defense served the law enforcement, military, and private security markets worldwide. The two companies remained in the same West Hartford, Connecticut location cross-licensing certain merchandise before reuniting in 2013. Following the loss of its M4 contract in 2013, the reunited Colt was briefly in Chapter 11 bankruptcy, starting in 2015 and emerging in January 2016. The company was bought by Česká zbrojovka Group in 2021. 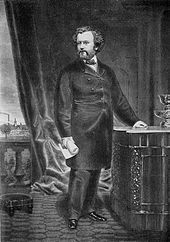 The idea behind the first Colt handguns was inspired more by sea spray and carved pine than by metal and gunpowder. Sixteen-year-old Samuel Colt, aboard the swaying deck of Corvo en route to Calcutta, was inspired by the wooden mechanics of the ship and translated that idea, a revolving cylinder repeater for firearms, into whittled pine.

Its success was not immediate.

However, this entrepreneurial and innovative young man, with all his initially failed attempts, would soon “win the West” with wartime tools and weapons, establishing a working model of the American industrial revolution that lives on these days through its civilian and military-grade firearms.

This .45-caliber has long been considered “the gun that won the West.”   Noted for its power and reliability, it was the most popular full sized revolver of the late 1800s.  Turned out by the Colt Fire Arms Manufacturing Company of Hartford, Connecticut, it sold for $17 by mail order.  A classic single action revolver, it remains in production today.

The model 1873 revolver, commonly known as the Colt Single Action, Peacemaker, or Frontier, was actually developed in 1872, based on the patents granted to Charles B. Richards and W. Mason. In 1873, the US Army adopted this revolver along with its black powder centerfire cartridge of .45 caliber, and issued it to troops in 2 models, the Cavalry model with a 71?2 inch barrel, and the artillery model with a 51?2 barrel. Both were chambered in .45 Colt (also known as .45Long Colt or .45LC).

During the period from 1873 and until 1893, the US Army bought about 37,000 Colts of both models. Commercial production was ceased in 1941, with the outbreak of the World War II, with about 370 000 guns having been made in all.   Then, in 1956, Colt brought the Single Action back into production due to the popular demand by the TV and film industry for “Wild West” era guns.

The “First Generation” Single Action Colts were the ones made from 1873 until 1941 (serial numbers below 357860 and with no letters).  Colts made from 1956 until another cease in production in 1974 are called  “Second Generation” (serial numbers in the range from 0001SA to 73319SA).   Yet a “Third Generation”  Single Action Army models (.45 Colt, .44 Special, .44-40 and .357 Magnum) were offered in 1976 after the company developed newer equipment and production techniques.   Once again, in 1981, Colt dropped production, and for some time these legendary revolvers were available only as an expensive collectibles.  At the present time, Colt again offers these guns as regular products, in the .45LC, .357Mag and .44-40, and in all standard barrel lengths.

While John Browning was knee-deep in the 1911, Colt’s other designers were hard at work creating the New Service, a full-frame revolver designed as a double-action replacement for the SAA. It was offered in .45 Colt (naturally) as well as .44-40, .44 Special, .38 Special and eventually in .357 Magnum.

The New Navy and New Army evolved into the civilan guise as the Colt New Police, eventually being redesgined in turn into the Police Positive, Police Positive Special and the Colt Official Police, with the latter being in production from 1927 to 1970.

In the era between the wars, an employee of Colt – John Henry Fitzgerald – became known for a modification to the New Service revolver. He took a .45 Colt New Service and cut the barrel down to 2 inches in length and reinstalled the front blade sight. He removed the front half of the trigger guard, rounded the butt and cut off the hammer spur. The resulting pistol, called a Fitz Special, was very rare as he only made a couple hundred at most, but the concept caught serious traction.

The rest of Colt thought it was a great idea, and in 1927, released a short-barrel, round-butt version of the Police Positive with a shortened ejector rod called the “Detective Special” and thus, the snub-nose revolver was born. It was joined in Colt’s lineup in the 50s by the Cobra, made on the slightly larger I-frame architecture, but it’s worth noting that Colt beat Smith and Wesson to the punch. The first J-frame wouldn’t come out until 1950.